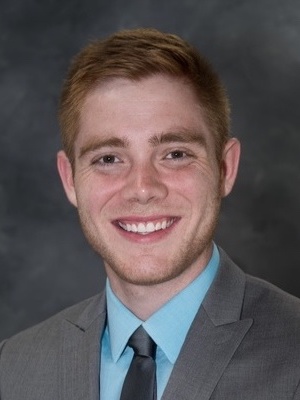 Tyler Bell (Department of Electrical and Computer Engineering) received his B.S. degree in Computer Science (2012) and M.S. degree in Human Computer Interaction (2014) from Iowa State University, where he also received a Research Excellence Award. Tyler received his Ph.D. in Electrical and Computer Engineering from Purdue University in 2018. His research on high-quality, low-bandwidth 3D video communications has been featured in numerous public media articles and was an Innovation of the Year finalist at the 2018 TechPoint Mira Awards. As the director of the Holo Reality Lab, Tyler's current research interests include: high-quality 3D video communications; high-speed, high-resolution 3D imaging; virtual reality and augmented reality; human computer interaction; 3D data and 3D video compression; and multimedia on mobile devices. He is also actively exploring the intersection of live 3D remote telepresence with the arts. 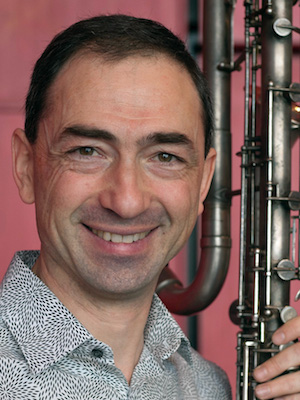 Jean-François Charles (Music) Jean-François Charles is a composer, clarinetist, and live electronics designer. After obtaining a M.Sc. in Electrical Engineering at the National Institute for Applied Sciences in Lyon, he studied in Strasbourg with the Italian composer Ivan Fedele. He has collaborated with musicians for creations in the U.S.A., Canada, Europe, and China. As a clarinetist, he worked with Karlheinz Stockhausen for the world premiere and recording of Rechter Augenbrauentanz. He earned his Ph.D. in music/composition at Harvard, where he studied with Hans Tutschku, Chaya Czernowin, Julian Anderson, Michael Gandolfi, Helmut Lachenmann, and Gunther Schuller. His article “A Tutorial on Spectral Sound Processing using Max/MSP and Jitter” published in Computer Music Journal has helped many electronic musicians integrate spectral sound processing into live performances, compositions, or their own software creations. He joined in 2016 the School of Music at the University of Iowa as Assistant Professor in Composition and Digital Arts. His recent works include the album Electroclarinet, the opera Grant Wood in Paris premiered in 2019 by the Cedar Rapids Opera Theater, and a Scientific Concert presenting new pieces created in collaboration with geologists, a physicist, and a scientific glassblower. 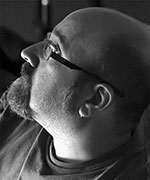 Daniel Fine (Theatre Arts | Dance) is an artist, scholar, and technologist working in immersive, responsive, mediated environments for interactive users, audiences and live performance. He has designed and directed interactive digital media, projections, and devised new work across the disciplines, as well as designing system integration for theatre, dance, music and art installations, including stereoscopic 3D projection, Virtual Reality, and site-specific locations. He is the co-author of Digital Media, Projection Design & Technology for Theatre, published by Focal Press, an imprint of Routledge and is a frequent contributor to Live Design Magazine  and author of a multi-part blog series on integrating digital media into theatre on Howlround.com. In 2015 Daniel was one of “five visual visionaries” featured in Live Design magazine’s article on What’s Trending in Content Creation. As a fellow at Arizona State’s Center for Science and Imagination, Daniel was recognized as a “creative disruptor driving path breaking research, teaching, and outreach projects… exploding traditional disciplinary boundaries and bringing new audiences into the conversation about building a better future.” Daniel holds an MFA in interdisciplinary digital media from the departments of Film, Dance and Theatre and the School of Arts, Media and Engineering at Arizona State University. He is the coordinator for the Public Digital Arts Certificate. 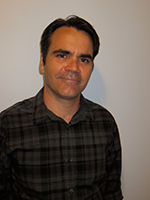 Lauren Arzbaecher and Travis Kelley
Capstone Project: https://laurenarz.wixsite.com/earth-ar
eARth is an interactive AR application that integrates animations to inform the user about how their daily use of resources contributes to climate change across the globe.

Ethan Fagre
Capstone Project: www.ethanfagre.com/komunumo.html
Komunumo is a sound installation that only works with a crowd's physical presence. The more people there are in the room, the more active Komunumo sounds.